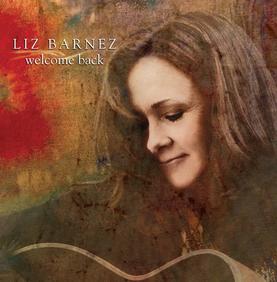 (Not available for purchase at this time) 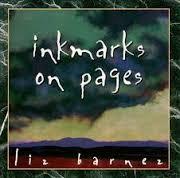 At the forefront are the songs - stylistically diverse while remaining true to the heart and intention of the lyric.  The songs are compassionate and introspective, light and groovy, including a funky New Orleans second line and a dark and brooding murder ballad. There’s a little bit of folk, a little Latin, with some death and rebirth. Yes, she’s back!

Liz's voice has matured like a fine red wine, rich and soulful and full of expression.  The stories are sung with an ease and a mastery of her instrument.  Apparent in songs like "What I Find" - a conversation between daughter and mother, is the powerful vulnerability of her voice.

Produced and engineered by Dave Beegle at his hip Dawg House Studio in Loveland. Featuring Dave’s musicianship on all “things with strings”, keyboards, and tambourine.

Community has been at the heart of Liz’s musical life and career and this record highlights many talented musicians and friends who have been a part of that family.

It starts with the songs, and in this case at John Magnies'(subdudes, 3 Twins, Young Ancients) Knucklehead Studio in Fort Collins where Liz, Celeste Krenz and John first met to write the seasonal telling of the hopeful nature of life and love in the midst of heartbreak; "Listen to October".  Writing sessions during Liz's time in Nashville (2006-2008) resulted in the collaborations; "If I Had a Gun"- the musings of a battered wife and what she might have done,  had she had a gun, and "Let it Rain"- a waltz about a good way to spend a rainy day with the one you love - with Celeste, Rebecca Folsom, Diana Jones, and Jenn Adams.  The other nine songs were penned by Liz.

The story of the recording of these songs is a "who's who of Colorado and other musicians and starts at Brian McRae's drum studio in Lyons Colorado in 2008.   Liz and the amazing Los Angeles based drummer , Bryon Holley, recorded the basic tracks for "Let Go"; a song inspired by the Rudyard Kipling poem "If". "Hmm"; a Motown inspired love song reminiscing about that first feeling of falling.  "Road to Nowhere"; a rhythmically playful song about the unpopular choices made in our lives that eventually lead us to our true selves.  Eric Moon, Denver based keyboardist, contributed soulful Hammond B3, Wurlitzer, accordion, and other keyboard parts to all of the songs and wrote and conducted the amazing horn section of Greta Cornett, Phuong Nguyen, John G (12 Cents for Marvin, 3 Twins, Mama Lenny) on the New Orleans inspired  "Simple Song".  Bob Tyler, Nashville musician and producer contributed beautiful guitar and bass to "Hmm" and "Let It Rain".  Tommy Malone (subdudes, Tiny Town) recorded bluesy soulful slide and electric guitar to "Tell Me Twice", "Listen to October" and "Simple Song" by way of a studio in New Orleans. Fort Collins bassist Marty Rein covered the bass on 5 songs, with Dave Beegle, Michael Olson, and Tim Cook (subdudes, 3 Twins, Solomon Cook) rounding out the bass roster.  Special appearances by Glenn Taylor - Denver based pedal steel player.  Cary Morin (Young Ancients, The Atoll) and Steve Amedee (subdudes, 3 Twins, Young Ancients, Escape Goats) make appearances on backing vocals.

This project is truly a collaboration with the community.  Liz had a successful kickstarter crowd funding campaign which included over 80 donors and raised over $10 thousand dollars, a good portion of the money needed to fund the project.  Also the generous contribution of photography from FC based photographer Mary Pridgen (Bare Bones Photography), Original Artwork by Yasmin Acosta-Myers, and graphic design of the CD artwork from artist Liz Mrofka (What if?Marketing). 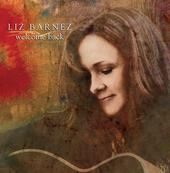 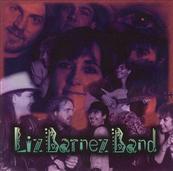 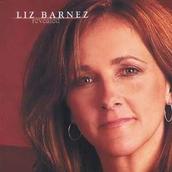